I asked Council Member, Immigration Partnership Waterloo Region Dr. Elif Günçe:
What’s the effect of racism, discrimination, and stereotyping on newcomer children (birth to age eight)?
They either become introvert or they learn to hate very early. But racism and stereotyping can exist in both parties. This fact is mostly overlooked. Children can learn to hate within their own family if the parents transfer their learned anger and hatred to them. And as the families try to keep their cultural identity, children are exposed to a new culture outside the family and if the family or the community at large is not supportive, they may end up in a limbo where they feel that they belong neither here nor there.
There’s much discussion on integration of immigrants. What kinds of services or supports do newcomer children need to successfully integrate in Canada?
Children need to be with their peers in the host community as much as possible and as soon as possible. I do not support their segregation within their own communities because of barriers made up in adults’ minds such as the language barrier. There is no language barrier for children! They may not know the language yet but they will learn it quickly if we do not impose ‘our’ barriers to them.
If you could influence the federal minister of citizenship, refugees, and immigration to do one thing for newcomer children, what would it be?
Create safe spaces for children where they can explore their new environment, like summer camps. But do not separate newcomer children from other children. All children of Canada (Aboriginal children, children who were born in Canada, children who recently immigrated) need to be together. They will be each other’s best support systems.
What is one of your favourite children’s books that you would recommend for newcomer children? Why?
I will not recommend a book but I will recommend this: Take the children to libraries, let them explore the world of books and the world’s books. Most newcomer children may have not seen a library in their life, neither have their parents. And libraries may become the best shelter for newcomer children.
~ 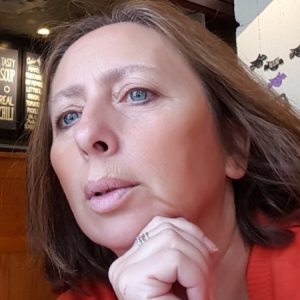 Dr. Elif Gunce is a Council Member with the Immigration Partnership, Waterloo Region , an Adjunct Assistant Professor at UWO Centre for Transitional Justice and Post-Conflict Reconstruction, Adjunct Professor at the University of Western Ontario Schulich School of Medicine & Dentistry and Instructor at McMaster University FHS Global Health MSc Program.
Elif blogs at Look How Small the World Is. Follow her on Twitter and LinkedIn.
~
immigrantchildren.ca is asking Canadian experts and advocates in immigration, settlement, refugees, and newcomers about their views on newcomer children (birth to age eight). For more interviews, see here.