I asked Ruhksana Khan:
What’s the effect of racism, discrimination, and stereotyping on newcomer children?
They suffer. Feeling like they’re less. I’m not sure if there’s much the host country can do to change this. It comes down to people valuing personal character above possessions and that kind of goes against human nature. We tend to get impressed by fancy things.
There’s much discussion on integration of immigrants. What kinds of services or supports do newcomer children need to successfully integrate in Canada?
I think it would be good to get students to partner up with the newcomer students so that they might feel less lonely and isolated. The local students could learn about where the newcomers are coming from, and read Coming to Canada to gain empathy of how difficult it would be to uproot oneself.
They can also take a look at my book Big Red Lollipop which deals tangentially with assimilation as it’s a story of a family that’s new to North America and the idea of only the invited child going to birthday parties. 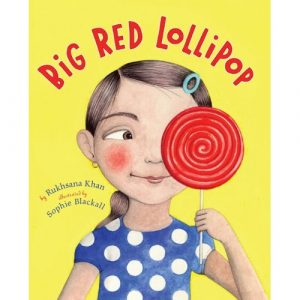 If you could influence the federal minister of citizenship, refugees, and immigration to do one thing for newcomer children, what would it be?
Find ways in which newcomers can contribute to the host country as soon as possible. I think it needs to be a two-way street. Newcomers have to feel as though they’re not beholden, that they’re making a contribution towards bettering Canada so the ‘charity’ isn’t going only one way.
What is one of your favourite children’s books that you would recommend for newcomer children? Why?
My book Coming to Canada is used by the Settlement Workers in the Schools program to help newcomers adjust to life in Canada. I would recommend it. I think it contains realistic expectations and I focused on the resources that make Canada such an amazing country like the library and education systems. 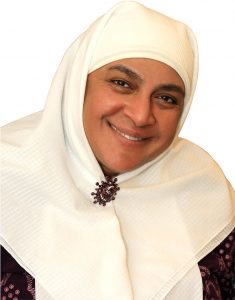 Rukhsana Khan is an award-winning author and storyteller. She was born in Lahore, Pakistan and immigrated to Canada at the age of three.
She grew up in a small town in southern Ontario and was ruthlessly bullied. When a grade eight teacher told her she was a writer, she thought the idea was crazy. Writers were white people. They were from England and America.
To be ‘sensible’ she graduated from college at the top of her class as a biological-chemical technician. When she couldn’t get a decent job she decided to be ‘unsensible’ and become a writer. It took eight years to get her first book published. Now she has twelve books published (one of which was chosen by the New York Public Library as one of the 100 greatest children’s books in the last 100 years).
Rukhsana Khan’s website & YouTube channel
~
immigrantchildren.ca is asking Canadian experts and advocates in immigration, settlement, refugees, and newcomers about their views on newcomer children (birth to age eight). For more interviews, see here.